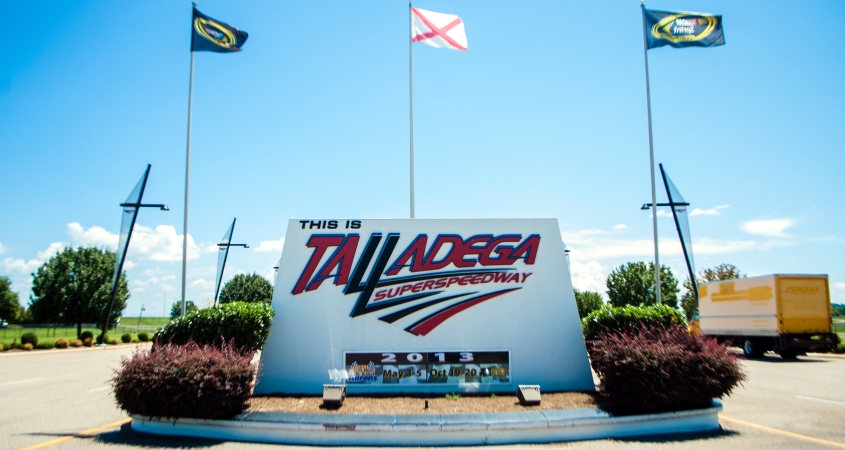 It has got to stop.

There is no place in the world for disgusting acts like this.

A crime was allegedly committed at Talladega Superspeedway. NASCAR’s lone black driver, Bubba Wallace, had his life threatened by a hanging noose in his garage. Justice needs to be served.

Whoever it was does not belong in the sport. And NASCAR will make sure he/she never sees the racetrack again.

“Late this afternoon, NASCAR was made aware that a noose was found in the garage stall of the 43 team,” NASCAR said. “We are angry and outraged and cannot state strongly enough how seriously we take this heinous act. We have launched an immediate investigation and will do everything we can to identify the person(s) responsible and eliminate them from the sport. As we have stated unequivocally, there is no place for racism in NASCAR, and this act only strengthens our resolve to make the sport open and welcoming to all.”

According to NASCAR, the noose was left inside Wallace’s garage area late Sunday afternoon, but the entire infield was shut down to fans all day because of COVID-19 protocols. With limited access to the garages and tightened security, was it someone associated with the sport? Or was it a security breach?

The race was canceled due to inclement weather late in the afternoon and rescheduled for 2 p.m. CT on Monday.

NASCAR has their fists ready and are taking a firm stand. They are doing everything in their power to change the sport of racing for the better. NASCAR released a statement on Wednesday, June 10, saying, “The presence of the confederate flag at NASCAR events runs contrary to our commitment to providing a welcoming and inclusive environment for all fans, our competitors and our industry.

“The display of the confederate flag will be prohibited from all NASCAR events and properties,” the statement continued.

The move came just one day after Wallace called for action from the racing league to remove the offensive flags. He wore a shirt featuring the words “I can’t breathe” and had “Black Lives Matter” painted on his car.

Ahead of the race on Sunday, confederate flags were seen flying across the street from the track. An airplane pulled an enormous Confederate flag around the track in protest. Behind the flag, the words “DEFUND NASCAR” flapped in the air.

Is it upsetting? Yes. It’s disgusting. It’s not ok. It’s foul. Sunday’s actions set the state of Alabama back even further from change. And that’s not ok.

For decades, the stars and bars have flown above the racetrack. They fly no more.

The sport of NASCAR is hurting. But I’d like to believe that the sport, its racers and the fans will come out of this dark hour stronger than when they went in.